How many chess books do you have in your personal collections? Mines over 140 so far!

And which would you say is the best one, or even the most valuable or rarest?
Top

More than 800 probably - I am gradually cataloguing them prior to selling nearly all of them, so I will know then...

Rarest ones are probably :-
1972 British Championship Bulletin signed by the winner
Bird's book on openings signed by the author (I assume - I wasn't there...)
An autograph book taken to the 1936 Nottingham Congress by a club colleague, containing signatures of many of the players. The colleague gave me a stack of books when he gave up chess, which was very nice of him!

Probably the best are "Chess Struggle in Practice" by Bronstein and any book by Averbakh on endings.

And possibly the most treasured (although you didn't ask that), "Ruy Lopez Winning Chess With 1.P-K4", by Leonard Barden as I won it at a club lightning event about 50 years ago and it was the first thing I won. I subsequently won a lot of games with the Lopez. (Thanks, Leonard.)
Top

PS. The last time that I posted "Hmmm ..." on here, my post was subsequently moderated.
Top

I wondered who would spot that first. It was signed much later, but before he moved to Amsterdam.
Top

That's a lot, you must have a big house!
Top

They're all in boxes, which is why I might as well get rid of them...

Lothar Schmid had at least 20000, and that's really impressive!
Top

About 400 90% of which are 2nd hand. Just yesterday I picked up as part of 3 for a £1.00 deal in Dalkeith
Two of which I already have but I'll pass onto free to friends or juniors.

Chess for Tigers, Rookie (by Stephen Moss, the one I do not have) and The Mammoth book of Chess.
(no idea how many copies of this I've bought 2nd hand, certainly in the teens. It's a good book. I pass it on free to anyone who does not have a copy.)

In the mid 90's I sold 200 -300 chess books to a dealer keeping 15-20 books. But over time this
2nd hand collection has got out of control again. A large proportion of them are opening books
but have also picked up dozens of good books for a few quid each.

My favourite chess book changes daily. if I was asked to day it is ' Kings, Commoners and Knaves' by Edward Winter'
because I re-reading it. (just getting ideas for a new column but enjoying getting reacquainted with it.)

The Story:
Heather visits her Granddad who is very sad because he was cheated
out of the 1930 British Chess Championship by Baron Ruston.

She decides to teach herself Chess and win the British Championship
for her Granddad. She buys a chess book and falls in love with the
picture of the author, Jeff Chalmers, on the back cover.

"Ruston plays the Sicilian, I don't know what to do?"

"Jeff suddenly took me in his strong bronzed arms and gently kissed me.
My heart swam with joy, I had dreamed of this moment since I had first
seen Jeff's picture on the back of my chess book."

Jeff softly whispered in my ear. "The Morra Gambit".

Same link kicked off an idea for a chess book I had. 'Don't Think Ahead in Chess.'

The first person to do things or has an idea, loses. It's a Tarrasch observation that I was going to take further.

Black sits back makes legal moves watching White over extend themselves and waits for the unsound combination.

I've been in White's shoes loads of times. Don't know if I should (or could) write a book not practising what I preach.
Top

"Ruston plays the Sicilian, I don't know what to do?"

"Jeff suddenly took me in his strong bronzed arms and gently kissed me.
My heart swam with joy, I had dreamed of this moment since I had first
seen Jeff's picture on the back of my chess book."

Jeff softly whispered in my ear. "The Morra Gambit".

These kind of novels are often published under a pseudonym I gather because often the author has a more serious full time occupation.

By a strange coincidence I've just posted on the Anne Sunnucks obituary thread to the effect that she was one of the contributors to a BBC radio weekly chess programme dating back to the late 50's, early 60's. I checked this by looking up her appearances in the book of the series by poet and producer Terence Tiller called "Chess Treasury of the Air". One of the extracts is her favourite game:


Anne Sunnucks in Chess Treasury of the Air wrote:The game I've chosen is not a particularly good game; but it's one I enjoyed playing, and has a useful moral to it - but I'll come to that later.My opponent was L.J. Mills of Buckinghamshire, and the game was played in this years's [1960] Stevenson Memorial Tournament at Bognor.

The Stevenson Memorial has always been one of my favourite tournaments. There's nothing at stake, so I can forget my score and really get down to enjoying the chess, playing unsound openings and taking risks that would not be justified in a championship.

A slightly dubious opening, but one with which I have had a certain amount of success, is the Morra gambit, and this is what I played against Mills.

Surely it couldn't be?
Ah, but I was so much older then. I'm younger than that now.
Top

Anyway, for my part I have about four hundred. I don't really think best, most valuable or rarest come into it. I have a couple of curiosities which I'll mention in the unlikely event that nobody else has anything more interesting to show.
"Do you play chess?"
"Yes, but I prefer a game with a better chance of cheating."

It is a strange coincidence, a Morra and the opponent's name was 'Mills'.
I have "Chess Treasury of the Air" but I never used that as the source.

Heather Lang told me a Mills and Boon book was out there with her name. 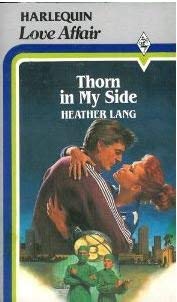 But it was not her. I ran with idea. (I'm a thorn in everyone's side.)

At chessgames they have Anne listed under Mothersill, John Saunders: has recently posted that the surname should be Sunnocks.
I have too have just sent them a correction slip.

Out of curiosity...How many Raymond Keene books do you have?

The first five are fine books. A number of the rest involve wholesale reproduction from his other works, and in the case of the last item, from other people's too.
Last edited by JustinHorton on Fri Mar 08, 2019 8:12 pm, edited 1 time in total.
"Do you play chess?"
"Yes, but I prefer a game with a better chance of cheating."

I have a few hundred. Sorry to be vague, but I'm not going to start counting them now.

My favourites are those that inspired me back in 1972: Alexander's book on the Fischer - Spassky match and, of course, The Games of Robert J Fischer.
Top

My only rarity is 'Mr Blackburne's games at chess'. Published in 1899, and reassuringly descriptive. I picked it up for a song in a second-hand bookshop in Edinburgh.
Top

A full set of Informants (138 and counting) plus about the same number of other books.
"Set up your attacks so that when the fire is out, it isn't out!" (H N Pillsbury)
Top

All these big collections make mine seem quite modest! Its good to know there are people out there just as bonkers as me