Batsford did a couple of editions under the title Batsford Chess Openings during the 1980s. These were notionally by Kasparov and Keene but probably Schiller and Tisdall in practice.
Top

There was the 5-volume set of Encyclopedia of Chess Openings as well. I have also Bird's book on openings, published 1880 I think, which doesn't cover 1.f4, but there are a lot of King's Gambits...
Top

Pocket Encyclopaedia of Chess Openings by Jon Speelman (1981). This will be in my pocket when I set out on my daily walk in a few minutes time. There are lots of single volume (and some multi volume) guides which are not (and don't aim to be) encyclopaedic such as the 4 volumes by John Watson, the 2 volumes by Kallai (Basic Chess Openings and More Basic Chess Openings, 1997) and single volumes by Leonard Barden and Tim Harding [of this parish] (The Batsford Guide to Chess Openings, 1976); by Raymond Keene and David Levy (How to Play the Opening in Chess, 1974) ; Stewart Reuben [also of this parish] (Chess Openings - Your Choice!, 1985) - and that is before you get onto the reportoire books for black and white. All these books have become a bit dated but still contain lots of useful stuff.
Top

Freeborough and Ranken produced a number of editions of Chess Openings Ancient and Modern in the late 19th and early 20th centuries. They were set out in tabular form with notes much like MCO. I have just sold a copy of the 4th edition from 1910 but I still have an earlier edition somewhere around.
Top

John Moore wrote: ↑
Mon Jun 08, 2020 3:18 pm
Freeborough and Ranken produced a number of editions of Chess Openings Ancient and Modern in the late 19th and early 20th centuries. They were set out in tabular form with notes much like MCO.

Didn't that series become "Modern Chess Openings", usually referred to as MCO? The 1960s saw the publication of MCO 10. When authors of that period such as Fischer referred to "book", they were probably referencing MCO 10.
Top

I still find myself referring to a couple of old books to check what they say: the 1916 Handbuch des Schachspiels (ed. Schlechter) and especially Levenfish's encyclopaedic Sovremenny Debyut (1940) which was really the forerunner of ECO. Bernard Cafferty used to swear by this book in the days before ECO when there was nothing comparable available on 1 e4 e5 open games.
I recently, after a long hunt, acquired a copy on eBay. Because of the war, the other two planned volumes never appeared. If you have Levenfish's book Soviet Outcast (recently translated and published by Quality Chess) see pages 195-196.

Thanks to Mike Gunn for mentioning the book Leonard originally wrote and which I revised two or three times. It should still be in print as a Dover book under the title Chess Openings for the Average Player. I don't feel guilty for suggesting this because further sales won't earn me an extra penny.

Here are some comments on the other titles mentioned, most of which are of course not going to have any current theory in them.
The sharper the tactics in any line in old books the more likely it is to be a deadly minefield because of everything being re-examined by computer and modern master praxis.

I approve of the Speelman suggestion.

Anything by John Nunn was excellent in its day. He always put a lot of work into his books.

The opposite is probably true of anything by the late Eric Schiller (bin those now!) and many of Keene's are not much better though some of his early books were very good. That Unorthodox Openings was a particularly bad book.
The later MCO volumes are all very heavy but I believe Nick de Firmian did quite a lot of work in some of the editions at least.

Freeborough and Ranken is of no practical use to any player today, That 1910 edition was even condemned when it appeared (BCM review 1910). Both the original authors were long dead, as was D. Y. Mills who was named on the title page as having made many suggestions. Atkins who was also named had nothing to do with the revision either. See page 272 of my book on British Chess Literature.
Tim Harding
Historian and FIDE Arbiter

Chess Openings - Theory & Practice by Al Horowitz. I believe it's been revised by some other authors since. I always referred to this book some 55 or so years ago when I started taking chess seriously; now it's languishing on the bookshelves somewhere.
Top

Anybody else got this? 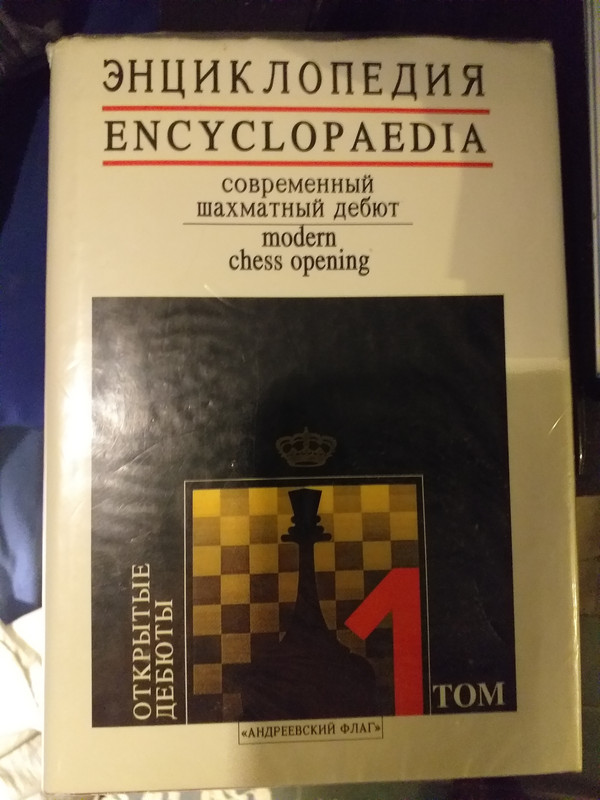 Neil - if it's the book I'm thinking of, it will be taking up a fair amount of shelf space! Worth having if only for the 439(!) illustrative games.
Top

"That Unorthodox Openings was a particularly bad book."

I found one line in it that might be playable, maybe, in a blitz game or against someone you should beat anyway.

I did ask Schiller about the book, and he said he was aware most of the lines were dubious, but he wasn't actually recommending that people played them...
Top

Kevin - that is really rather funny.
Top

The Unorthodox Openings book, I just tend to use it for General Reference. As some Openings, I didn't know the name of or lines to play against.
Owen's Defence on page 49, I have played it in the past and took some big scalps with it.
The Desprez Opening 1.h4 on page 103 is talked about.
I've seen 200+ grade Brett Lund play this including against myself. Recently he does play 1.c4 more often, particularly at 4NCL.
Hopefully in the next few days I might start 1.h4 as a topic on Chess Questions.
Top
Post Reply
28 posts