'Dark Horse.' I asked for it once as a Christmas present.
I got it along with my chess mug, two chess books (one from a 2nd hand shop) and the obligatory chess tie. 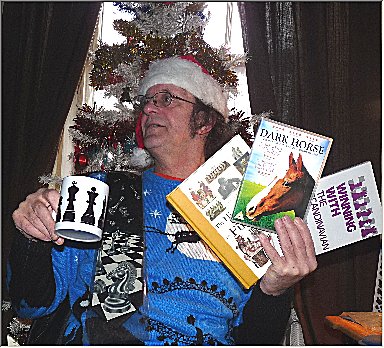 But it was the wrong 'Dark Horse.'

Eventually got the right Dark Horse. (I'll lift part of my review)

It’s OK. All about a lad who was a good chess player but developed some social problems.
So to give himself something to take his mind of his own predicament and help out the poorer
kids in the neighborhood he joined in on starting up a Chess Club, The Eastern Knights (which is still going today.)

Not too much chess on display. There are glimpses to show the makers knew
enough about the game but chess takes a back seat as he and his nephew bond.

In one of the games you do see...this happened.

However White does go onto to win game. (we are not shown how.)

Have watched all chess themed films (well those I know of).
My opinion mostly agrees with Stewart's except 'Seventh Seal' which i thought was crap.

When I was kicking up my stink at the Edinburgh Filmhouse... 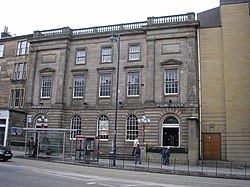 ...for not showing 'Pawn Sacrifice.' The pretty girl after googling it said it was a film about 'chess.'

I said recently they showed that crap Swedish chess film.

The girl did not know what I was talking about.
(which is little wonder because I do not think they showed 'Seventh Seal' either.)
Top

How old was this woman and why was her appearance relevant, Geoff?
"Do you play chess?"
"Yes, but I prefer a game with a better chance of cheating."

Magnus mentioned in a Fantasy Football article in the June edition of When Saturday Comes, which I received yesterday and have just read, with a quote from his father Henrik
Any postings on here represent my personal views and should not be taken as representative of the Manchester Chess Federation www.manchesterchess.co.uk
Top

Man from UNCLE Chess snip so like today. I stare at board my partner puts music on dances and drinks.
Top

To save you looking up my film list on DVD on the ECF site. Herewith some more chess theme films.

I will include the first Thomas Crown Affair. The chess is only 5 minutes - but that 5 minutes is very seductive.

Sultan's Prisoner. British made TV material about Sultan Khan.
Royal Game aka Brainwashed. With Curt Jurgens. Moderate, but I haven't seen it for over 60 years.
Chess Players, Indian. Satjajit Ray director. good.
Fresh. Don't make the mistake of showing this to children, just because the star is 13 years old.
Hatley High. Preposterous high school where chess has similar status to say basketball in other such films.
Knights of Harlem (or Bronx)
Mighty Pawns both of these are set in schools where chess becomes important to the pupils.

I have stupidly forgotten the name of the recent film about the Karpov v Korchnoi 1976 match in Baguio City. It rates good.
Top

Channel 4's "Grayson's Art Club" episode 3, dealing with "Fantasy", abut 30 minutes after start, if you don't want to watch all of it. He is taking to a character who likes dressing up (as indeed does Grayson Perry). The guy he talks to said that he once dressed up as Death and played chess against his father.
Top

"THE HOME OF THE BLIZZARD:
BEING THE STORY OF THE AUSTRALASIAN ANTARCTIC EXPEDITION, 1911-1914;

informs us 14 % of the way through (Kindle version) about the "Cape pigeon",

"As they have chessboard-like markings on the back when seen in flight there is no mistaking them."

Our Douglas didn't have the benefit of the internet and high resolution photographs, but the bird does have white and black spots on its back - just don't expect 64 squares.
Top

Our Douglas didn't have the benefit of the internet and high resolution photographs, but the bird does have white and black spots on its back - just don't expect 64 squares.

Difficult to tell whether the board is the right way round! "Difficult to tell whether the board is the right way round! "

It may depend on the bird being the right way round!
Top

Don't forget, tonight is the final episode of The Village on ITV from 8pm until 8.30pm.
Tonight's episode is about the Autumn season. So there will still be glimpses of the pretty outdoor chess set.
This is the last of four episodes of the featuring the village of Portmeirion.
The episode featuring the enactment of the Human Chess Game from the Prisoner was Episode 2 about the Spring Season.
It might be available on ITV hub. Otherwise I'm sure will be repeated on ITV sometime.
Top

The story of how a mathematician and an engineer unravelled the secrets of Adolf Hitler's personal code machine.
This is part of a repeated series which I've not seen before. So I am not sure if any chess players will feature.
Top

CNN - who if I'm not mistaken have done a lot of chess recently - interview Carlsen
"Do you play chess?"
"Yes, but I prefer a game with a better chance of cheating."

Michael Deacon's satirical column in today's Daily Telegraph. About Dominic Cummings:
...This is a man, don't forget, with a deserved reputation as a modern-day Machiaveli, a schemer responder, a grandmaster of 4D chess. ...
Top

Stewart Reuben wrote: ↑
Sat May 30, 2020 8:44 pm
Michael Deacon's satirical column in today's Daily Telegraph. About Dominic Cummings:
...This is a man, don't forget, with a deserved reputation as a modern-day Machiaveli, a schemer responder, a grandmaster of 4D chess. ...