Ennio Morricone died today in Rome at the age of 91 and yes he was the guy that did the soundtracks for all those Clint Eastwood Spaghetti Westerns. Chess24 Report here and definitely click on the Spaghetti Westerns music video which will transport you 50 years into the past. Really interesting guy who said if he wasn't a composer he would have been a chess player but the reason for me planting this post here rather than the obit section (quite apart from the fact that few people go to that section) is the following quote he made about chess:

"Well, I would say that chess is the best game precisely because it’s not a mere game. Everything is put at stake — the rules of morality, of life, the wariness and the determination to fight without bloodshed, the resolution to win and do so correctly — with talent, rather than sheer luck. In fact, when you hold these tiny wooden statuettes in your hands, they become powerful as they absorb the energy you are willing to transfer to them. In chess, there is life and there are struggles, too. It’s the most violent sport one could think of, it can be compared to boxing, although it is much more chivalrous and sophisticated."
Top

Chris Rice wrote: ↑
Mon Jul 06, 2020 4:51 pm
Ennio Morricone died today in Rome at the age of 91 and yes he was the guy that did the soundtracks for all those Clint Eastwood Spaghetti Westerns.

Sergio Leone Westerns, a point I particularly make as the first I heard of his death was when the theme to Once Upon A Time In The West came on the radio.
"Do you play chess?"
"Yes, but I prefer a game with a better chance of cheating."

I rather liked this article about online chess in the current issue of the Spectator. It's by William Cook, a freelance journalist who admits to being 'no good at all' at chess.

He is broadly supportive despite saying early on 'Whatever time you log on they're always there, your faceless fellow addicts, huddled over their laptops. Day and night have no meaning in this worldwide netherworld..........You can play around the clock and it won't cost you a penny. Time is the only thing you stand to lose. Days drift by and nothing ever changes. The game means nothing. It teaches you nothing. There is no greater waste of time, no greater waste of life, than chess.'

Cook concludes by saying that after lockdown he may as well start losing to real people, so is resolved to join a chess club.
Top

This is a bit tenuous but I was watching The Little Girl Who Lives Down The Lane (1976) and is that a boxed chess set under Jodie Foster's cup of tea? 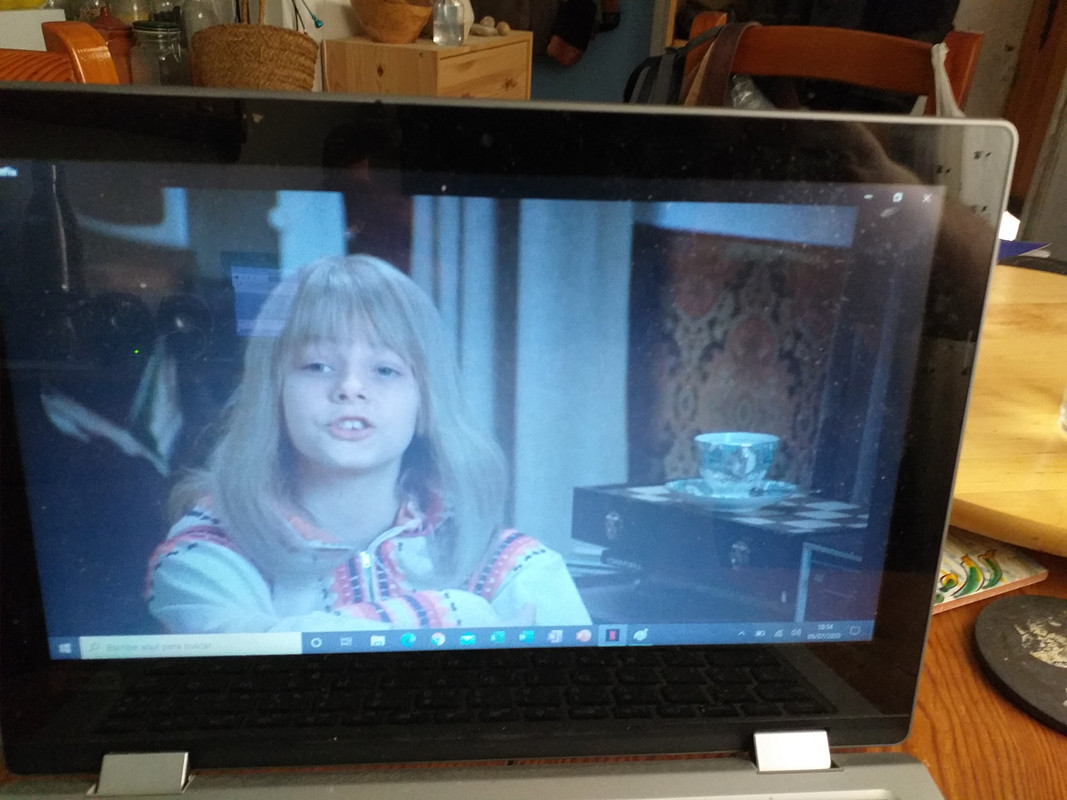 " is that a boxed chess set under Jodie Foster's cup of tea?"

It's a long time since I watched it (too long...) but from memory she and her father were supposed to be really clever, so it's the kind of thing film-makers might put in as a casual signal of that.
Top

A recent Sunday Times article told of what it was like having Robert Maxwell for a father. All the offspring - Ghislaine included - apparently had a pretty rough time of it at one point or another. His sons Ian and Kevin " ... responded to their father's attacks by forming a unit. We were very close and the value of that is powerful, it is like two interlocking knights. The most powerful defensive position you can have."

Not a very sophisticated assessment of "Siamese knights", but it's pretty unusual for them to be mentioned at all in this sort of piece.
"The chess-board is the world ..... the player on the other side is hidden from us ..... he never overlooks a mistake, or makes the smallest allowance for ignorance."
(He doesn't let you resign and start again, either.)
Top

Ah yes
"Do you play chess?"
"Yes, but I prefer a game with a better chance of cheating."

I still look at every book that Len Deighton may have used. Still no joy.

I don't have the book Geoff mentions. I do have R.C.Bell's Games to Play (1988) which doesn't go into any details on Burmese chess.

Apart from web references to Burmese chess, you can legally download D.B. Pritchard's Classified Encyclopedia Of Chess Variants from https://www.jsbeasley.co.uk under the menu option on the left 'chess variants'. In the download link 'Chapter 29, India and the rest of Asia' (each chapter can be downloaded separately or there is a composite download), there is a section on Burmese chess and the general. This and wikipedia's entry on Sittuyin say the general moves 1 square diagonally, but Len Deighton seems to be correct in the role of the general in the different forms of chess he mentions.

Sorry if too much information.
Top

Not at all!
Top

Thanks Roland. Len Mentions Burma in one of his chapter headings and I saw on the net an index of that book.

A quick recap on just some of the phrases Len Deighton uses:

“Skilful use of knights is the mark of the professional player.”

“Mate: a word from Old French meaning to overpower or overcome.”

“A skewer is an attack along a straight line. As the first piece avoids capture it exposes the second, real target to the full force of the attack.”

“Development for its own sake is insufficient. There must be a keen purpose in every move.”

“Players who relish violence, aggression and movement often depend upon the Spanish Game.”

“In China, Hungary, India, Korea and Poland pawns are called foot soldiers', but in Tibet they are called 'children'."

The quest is to find which book Len used.
Top

Is it not possible that he used a variety of sources, including his own imagination?
Top

It's possible, and currently we don't know as Deighton himself doesn't seem to!
"Do you play chess?"
"Yes, but I prefer a game with a better chance of cheating."

There used to be Malcolm Pein's column Monday to Saturday plus Michael Adams' column also on Saturday in the Saturday section. Now Malcolm's column has been removed from the paper and Michael's put there in its place. As far as I know, there was no editorial comment. Thus we have lost one important chess column per week.
I suggest you all write write in and complain. I guess about 100 such independent letters would do the trick. A petition would be useless. I have already written in.

One possible address is dtletters@telegraph.co.uk. This mainly for letter to the editor. Using that route, people should include full name, address. work and home telephone numbers.
Top
Post Reply
3635 posts