I think he may have thought so himself.
"Do you play chess?"
"Yes, but I prefer a game with a better chance of cheating."

I will, looks long, never seen it before, but first the cup final and I have other chess related things to do tonight.
Top

I read that piece Gerard link to.

Could not get the Sgt. Pepper reference which I'd never seen placed with this...
best to call it the 'The Incident.' is it: 'With a Little Help From My Friends', 'FIXING a hole'.
(I did look, is Ray's picture in the crowd?)

I learned quite a few more things about that 'incident' some of which I had dismissed
as rumours, and other 'facts' must have been rumours as they were not mentioned.
When I was told there were 'newer sins.' I was wondering what 'newer sin' could have topped that one.

Some of the minor sins (is re-hashing a sin?) are not as bad the 'older sins.'
and the 'newer sins' are all there waiting to be made (thank you Tartakower)

I think cut pasting and moving you own stuff about on the internet pales when compared. I cannot see a link
between the two. If some want to view both matters as related and one is just as bad as the other, then so be it.

But I can see where I, always on a roll, who enjoys the occasional bandying with Justin can see it being read
as I am defending RDK in all matters. (I'm not) I like to think J.H. enjoys it too, it is after all his favourite subject.

But 'The Incident.' is a different matter and I cannot recall ever offering a defence for that
or the proven plagiarism where RDK's ass was burnt and his reputation tarnished.
He paid for that. (the plagiarism) if people want to hang him twice or thrice for it, again then so be it.

Re Cap:
Re-cycling your own stuff, OK once or twice, but not at every opportunity and the original source should be credited.

When viewed next to 'The Incident' and outright plagiarism' continuous re-hashing is, IMO,
disappointing, (why do it?) and to give Justin a nod, yes it is 'cheating.' but not a crime.


All this effort and I do even have a Keene number https://keenipedia.com/keenenumber/
(the higher the number the more you have defended Ray Keene)

Put me in for a 4½ (it needs updating, it appears some have changed their mind.)

I see Stephens Giddins gets '100'. His book on opening traps is good. 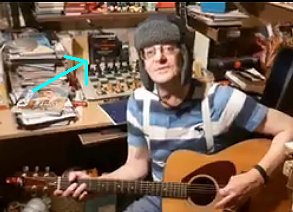 Just quickly, what Geoff is calling "re-hashing" can still (if not properly attributed) be a form of plagiarism, namely what is called 'self-plagiarism'. In some circumstances, this can be very serious.

A couple of definitions may help (some of these are skewed towards academic publishing):


"Self-plagiarism is commonly described as recycling or reusing one’s own specific words from previously published texts. While it doesn’t cross the line of true theft of others’ ideas, it nonetheless can create issues in the scholarly publishing world."

(see also what is said there about publisher copyright)


"The reuse of significant, identical, or nearly identical portions of one's own work without acknowledging that one is doing so or citing the original work is sometimes described as "self-plagiarism"; the term "recycling fraud" has also been used to describe this practice".

PS. Shouldn't the Ray Keene stuff be split off away from the Nice 74 material?
Top

Recycling one's own output without attribution is particularly reprehensible when it contains factual mistakes and other defects.

Take the case that I mentioned in this thread on 10 May. With untrue statements, Raymond Keene has repeatedly attacked a deceased chess figure, and has continued recycling those untrue statements even though they have been publicly refuted.

O.G. Urcan wrote: ↑
Mon May 17, 2021 1:57 pm
Recycling one's own output without attribution is particularly reprehensible when it contains factual mistakes and other defects.

Take the case that I mentioned in this thread on 10 May. With untrue statements, Raymond Keene has repeatedly attacked a deceased chess figure, and has continued recycling those untrue statements even though they have been publicly refuted.

I agree with all of that Olimpiù, it did not sit comfortable with me when in that piece saying he won't speak ill of
the deceased (in latin ) and next paragraph re-hashed and though not naming him called him a 'talent-free critic'.

I cut RDK slack because of his age, he was once, to me anyway a good and influential player.
(and, the really annoying thing is he can write well IMHO when he wants to.)

I've stopped following him in the article, I was going to ask him a few questions but decided not too.
(when I found out he was hawking for stars....good grief.)
I'll not join in on the Keene Kicking, honestly, irrespective, I could not do that seriously to anyone.

But no more excuses, even though some of time I was on the wind up with Justin. (sorry mate)
And he and can look at it as the more I supported RDK, the more evidence he was allowed to post.
(I think I mentioned earlier about swimming against a tsunami of evidence.)

So Justin 2 Chandler 0 (I've retired, not hurt, I've just walked off the pitch in disgust. RDK does not deserve me!)

Sod it - I will fire a shot over his bows in The Article. It's how I go about things, I go to the source.
It's obvious he either ignores or simply does not read anything about the mistakes he makes and continually recycles.
(I sometimes think...come on Ray....stop it....cut me slack....I do you.....correction I 'did' you.)

Two days to calm down, then I'll pop a few questions at him.
Top

I left a polite message on Rays comment box advising him he has often referred to Steinitz's book wrongly.

It's what I would have done it (if it really bothered me) when it first started, go right to the person and say you have this wrong.
Not point out the error in print or on a forum first hoping they read it and then expressing surprise when they don't.

I for one do not mind being corrected regarding chess matters, I say thanks and try not to repeat the error. I'd appreciate it.

So, I went straight to Ray and advised him of the repeated error. (if I had his email I would have done it privately.)
Up to Ray what he does, if indeed he reads it, get it removed, ignore it, blocks me, sues me, flames me...
he might even correct the error or deliberately repeat it. (I'm not wrong, Steinitz was.

Honestly not bothered....and again to be honest, I do not think Ray is either.

Edit: I've not shut down my Article account or stopped following Ray, that would be cowardly.
Posting a correction and running away before he could answer. I reckon he will simply ignore it. (or I'll get a triumphant 'thumbs down'.)
Top

Of "well known" people who post on here, Leonard Barden and Tim Harding get 9 and John Saunders a "perfect" 10.
"Set up your attacks so that when the fire is out, it isn't out!" (H N Pillsbury)
Top

That was the list I was trying get on. It is someone's piece of fun, (it's not mine) It should be viewed as a
piece of leg-pulling, I should be there, it 's a jokey thing and I want on, I want to be part of the gang.

I was not joking BTW about the Steve Giddens book. I like the down to earth approach.
Chess is a game of blunders, Steve's wry comments and human chess at it's best/worst.

Working on a song about me going to Hastings and winning it using the book. (Hastings rimes with ratings, it is writing itself.)

That last bit reminded and there are people who will 100% back me up on this.
Troon 1983sh, I had with me Chernev's book of opening traps.
I had them memorised to such an extent if someone, Alastair White, said a number, '47'.
I'd tell them and show them if need be what the trap was....what a saddo...and I won the Scottish Open that year.
(Nothing much rimes with Troon - Hastings is perfect.)
Top

Of "well known" people who post on here, Leonard Barden and Tim Harding get 9 and John Saunders a "perfect" 10.

As a result of the above I just looked at that Keenipedia page for the first time since it originally appeared many years ago.
Then I treated it as the anonymous joke it evidently was and just ignored it though giving me a 9 is close to libel.

Looking at it again now, I see that the number besides one's name is not (as alleged above) supposed to refer to the number of instances when somebody has publicly defended Ray Keene - I don't think anyone could find anywhere near nine times when I have done this.

Nor do I think that the 9 is justified on other grounds. Being on good terms with RDK's sister and his brother-in-law should not be a hanging offence.

I do note that a qualification was since added, noting my opinion of Mr Giddins (whom I have only met once and do consider a serial offender in this respect.)

Maybe it's time to close this thread but carry on by all means if you insist, please just don't mention me.
Tim Harding
Historian and FIDE Arbiter

I mentioned earlier here about a net being cast roping everyone in. 'The Ray Keene Effect.'
I posted the names from the link, it's not my site but it is my bad, not Matt's.

If you want your name off the list then can I take your place? (4½)

Maybe Carl should just wipe this thread out.
But that then leaves me looking a nutter in Rays comments box on 'The Article'. (OOPS!)

Go for it Carl, I bet your finger has been hovering over the delete button for a while.
As I said to someone else regarding that list in a PM.
I'm always in trouble here on this site, all that varies is the depth.
Top

"Nothing much rimes with Troon - Hastings is perfect."

I note your comments, Tim.

One did find it a bit surprising you scored so high, and you have mentioned a possible reason for that.

(and no, lets not zap this thread at all - but as the late Michael Conrad used to say , "lets be careful out there")
"Set up your attacks so that when the fire is out, it isn't out!" (H N Pillsbury)
Top

Hasting and Ratings is perfect.

You cannot fail but to attract any chess players attention with a number. Look how many are upset at having a Keene number

Michael Stean fell for trap 18, In Round 4, I beat Nigel Short etc But I'll get there.
Top
Post Reply
345 posts